2Cor. 10:7   Look at what is before your eyes. If you are confident that you belong to Christ, remind yourself of this, that just as you belong to Christ, so also do we. 8 Now, even if I boast a little too much of our authority, which the Lord gave for building you up and not for tearing you down, I will not be ashamed of it. 9 I do not want to seem as though I am trying to frighten you with my letters. 10 For they say, “His letters are weighty and strong, but his bodily presence is weak, and his speech contemptible.” 11 Let such people understand that what we say by letter when absent, we will also do when present.

Paul’s letters were written as tools of discipleship for the church in Corinth. This was a church that had issues and so Paul, with authority and power that came from his relationship with Christ, was willing to confront and deal with difficult issues. There is a warning here, that no one ought to think that they have exclusive rights to Christ. Paul didn’t think this, but some of the members of the church in Corinth seemed to think that they had some kind of elite status and Paul is saying that this is simply wrong.

Paul was an authentic man, holding to the same truths and principles in writing, as he did face to face. Some thought that he was more forceful in his writing than he was in person. The problem for Paul was that he wasn’t good looking, nor was he all that charismatic. For some, they used this to judge him but Paul had a bold reliance on his spiritual power. Not depending on himself or his own personal gifts, Paul’s writing and his personal messages were infused with power from above. He never tried to be anything else, but a simple earthen vessel, empowered by the presence of the Holy Spirit. 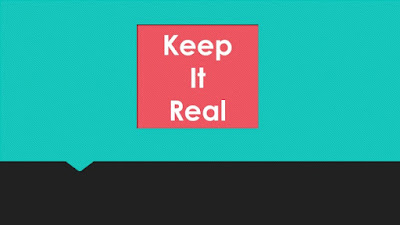 We aren’t currently circulating letters that will become a part of the Biblical canon, but we do live in a whole new world where people are writing about things on a daily basis. The blog-o-sphere is alive and well, as is social media. People are quite ready to jump in and offer an opinion at a moment’s notice. It’s easy to be strong and write things on social media while we would never say those things to a person, face to face. Somehow I doubt that half of what we write on in social media would actually be said, if we had to look the person in the eye.

Sometimes we are not the same in writing, as we are in person, and that raises a question of authenticity. We are living in what some have dubbed, “the age of authenticity.” Society values authenticity over everything else. Even if you’re a “bad guy,” you are acceptable, if you are being authentically yourself. Anything that sniffs of being phony is instantly rebuffed. This could be good or bad for followers of Christ. For those who are not allowing Christ to permeate every part of their lives, every bit of their being, and they are simply going through a routine of appearing Christian — this will become a problem. This results in inauthenticity in the Christian life and this becomes a poor witness of Christ in this world.

On the other hand, if words and lives match, as did Paul’s, then there is authenticity. Even in the first century the people were hungry for authentic followers of Christ. What we do must align with what we say! If you’re going to speak out on an issue, act on it as well. If you’re going to be critical of someone else’s behavior, make sure you’re living the kind of life that you should.

The challenge for followers of Christ is to allow Jesus to infiltrate to every cell of our being and transform our lives on a daily basis. Then, our words will match our actions and this alignment will reveal the true Christ to this world.

Lord, please help me to be an authentic follower of you.  Amen.