Choosing To Do Things the Right Way 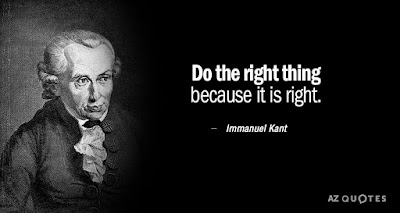 Ruth 3:16 She came to her mother-in-law, who said, “How did things go with you, my daughter?” Then she told her all that the man had done for her, 17 saying, “He gave me these six measures of barley, for he said, ‘Do not go back to your mother-in-law empty-handed.’” 18 She replied, “Wait, my daughter, until you learn how the matter turns out, for the man will not rest, but will settle the matter today.”

Boaz could have taken advantage of Ruth but he was a man of virtue. He had chosen to live his life following the laws of God, doing things the right way. He was a humble man, and kept himself pure, intentionally avoiding the temptation of sexual pleasures. Even when he had the opportunity, he didn’t touch Ruth, but his own behavior kept her pure.

He didn’t look down upon her as a poor immigrant, but saw her for the woman of virtue and character that she was and he was overcome. He took the time to hear her speak and immediately understood that she, too, had the same values that he did and that she was a woman of great character, serving God and her mother-in-law.

Boaz did the right thing. He sent her home with food and a promise. Then, he went to the city gate and there, settled the matter officially, taking care to do things the right way. Only then did he take her to be his wife, and they enjoyed life together. Their grandson would be King David, and eventually, from their family line would come the Messiah.

There are some who would consider Boaz’s behavior quite ‘old fashioned’ and ‘traditional.’ In our free-wheeling society the story would be retold with Boaz and Ruth ‘hooking-up’ right there on the threshing floor. Next, they might move in together to see if this was a good thing. Meanwhile Ruth would have to work to support her mother-in-law and Boaz would go about enjoying his ‘freedom’ as an unmarried man, but with ‘benefits.’

But what if, even today, we chose to do the right thing? That which may seem to be ‘old fashioned’ or ‘traditional’?

The church reacted against the legalism of her past but, in some ways, I would suggest that the pendulum may have swung too far the other direction. Within the life of the church there ought to still be a place for training in discipleship that leads us to a different way of life. Yes, it is very counter-cultural, but it also has to do with doing things the right way in light of scriptures.

Let me take a moment for item number four. Study after study continues to show that the likelihood of divorce decreases with the fewer number of sexual partners one has had. For virgin women who marry, the likelihood of divorce after 5 years, is just 5%. For those who have had just one other sexual partner, the divorce rate goes above 20%. For those with ten or more sexual partners, the rate is over 35%. Sadly, since 2010 only 5% of brides are virgins. By the way, the studies do show that most of those are religious folks who attend church regularly.

You see, there’s something positive that happens when we choose to do things the right way. The world says that we can have all the short-cuts the we want! Why bother with all that traditional junk. And yet, we have good news, because when you choose to do things the right way, we have statistics that show that overall, life will be better. God is providing us with a better way, one in which we will be healthier, happier and able to thrive. It’s not restrictive, but it’s actually freeing. So, why aren’t we talking about it?

To be a disciple is to grow in grace and to become all that God has for us, in Christ. It’s about doing things God’s way. God’s given us a great resource to point us in the right direction. We must seriously study the word and the ways in which God has laid out before us. Then, we are called to follow Jesus, and that is choosing to do the right thing.

Lord, I want to listen to your words and follow you. Please, give me your wisdom to follow you in doing the right thing. Amen.