Leadership So Good, Lives are Transformed 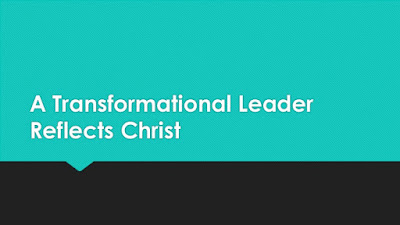 Esth. 8:15   Then Mordecai went out from the presence of the king, wearing royal robes of blue and white, with a great golden crown and a mantle of fine linen and purple, while the city of Susa shouted and rejoiced. 16 For the Jews there was light and gladness, joy and honor. 17 In every province and in every city, wherever the king’s command and his edict came, there was gladness and joy among the Jews, a festival and a holiday. Furthermore, many of the peoples of the country professed to be Jews, because the fear of the Jews had fallen upon them.

The king is not the one who represents the good leader in Esther’s story. Instead, it’s her uncle, Mordecai. Throughout his life he is faithful and does the right thing. Even in very difficult circumstances, Mordecai finds a way to remain faithful and the result is that the king places the mantle of positional leadership on Mordecai’s shoulders.

The leadership of Mordecai foreshadows the coming of the Messiah. Leaving the presence of the king robed in royal garments with a golden crown on his head he already looks like a coming king. The people of the city shout and rejoice over the presence of such a ruler, because he has proven himself faithful, willing to give his own life for that of his people.

Gladness and joy overflowed the nation because of the goodness of this leader and the right decisions that were being made. As a result, Mordecai’s leadership was evangelistic. People wanted to serve Mordecai’s God because of the way in which he did business. Because of Mordecai’s God-fearing and wise decision-making Esther was saved, along with all of the other Jews, and a whole nation that would have been torn in two over the selfish choices of Haman. The ability to save a nation in the midst of such potential destruction was truly a miracle and one in which the transforming power of God was revealed. God’s own character was reflected in the life of Mordecai and this was the good news for which the people were hungry and they left their idolatry and worshipped the one true God.

When we think about evangelistic opportunities we often imagine that we are supposed to go out and find people to tell about Jesus. In some instances that may be true, but this story reveals something to us that should humble us on a daily basis. A leader’s fidelity to God and commitment to good practices was probably more evangelical than years of prophetic preaching. It was the very life of Mordecai that reflected the coming Messiah that drew people to God.

The church has been tempted to follow the leadership models of this world and there are some good principles to be found. At the same time power does have the ability to corrupt and even good leaders can be tempted. Leadership can be transformational when reflecting the character of Christ. This requires time in God’s holy presence and learning the wisdom found through the indwelling of the Holy Spirit.

The problems and challenges faced by leadership today are often beyond comprehension. We are living in a world that is changing at such a rapid pace that the lessons of the past may not help us wth the lessons of the present or the future. It feels as if attitudes and morals are shifting on a daily basis, and knowing how to speak into the issues is a challenge. At the same time, none of this is a surprise to God. Instead of depending upon our own skills and abilities, creating a dependence upon God is the only solution. The more that we depend upon the Lord, the more that we will reflect Christ in our actions and reactions. The result is leadership that is evangelistic, for people will be drawn to the ways in which we engage and respond. There could even be miraculous answers to the most difficult questions of the day; a unity that develops in the midst of deep division.

Leadership is about reflecting the character of God to this world.

Lord, I am challenged today to know you even more. I love to read and to study, but I need you more than I do the latest book on leadership. Please, help me to reflect you in my life. Amen.