Put Your Hands On Her 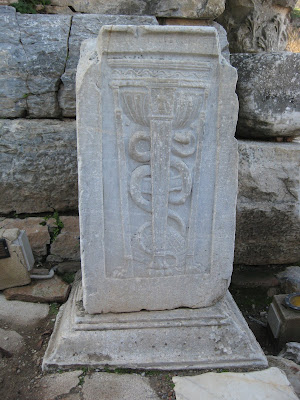 Mark 5:21   When Jesus had crossed again in the boat to the other side, a great crowd gathered around him; and he was by the sea. 22 Then one of the leaders of the synagogue named Jairus came and, when he saw him, fell at his feet 23 and begged him repeatedly, “My little daughter is at the point of death. Come and lay your hands on her, so that she may be made well, and live.” 24 So he went with him.

The people on the other side of the sea had wanted to rid themselves of Jesus. On this side, he is welcomed and the crowds are gathering around to hear what he has to say. Not all the religious leaders were against Jesus. In this case, Jairus, was probably a lay leader of the synagogue. He was well-versed in the law and knew the story of creation. Humanity had been created by the very hand of God and by his request, he was affirming the divinity of Jesus. If only he would put his hands on his daughter, she would be able to experience re-creation, or new life.

Little by little Jesus’ power has been revealed through the miracles we find here in Mark. Whether writing for the first century or for those of us in the daily grind of the twenty-first, we are reminded again and again of the power to be found in
Christ. At the same time there is something synergistic here for the faith of Jairus is important for us all.

We live in a society which is increasingly biblically illiterate. The man knew what to ask for because he knew and believed what God had done in creation. Without knowing the creation story one wonders whether the man would have had this level of faith. He was able to make the connection between what he had been taught and who this Jesus was who stood before him. In that moment he knew that Jesus was God.

Yesterday I had a conversation with a friend and we were talking about creation. I was recently in Africa where I visited an animal park. The Guide shared with us incredible information about the different animals. Each one is intricately unique and has their own system of defense. She talked about the wildebeests and the zebras and the ways in which they bonded together to help one another. She shared with us something I’d never heard and it had to do with the ability of the zebras to pass gas at the right moment to ward off the predatory cats. Interesting! And there are people who would like us to believe that there is no design or creator behind all of the unique features of creation!

Reading the scriptures and meditating on passages such as the creation narratives become foundational to our faith. Regaining an understanding of who God is can help us in our spiritual journey.

For us to join with Jairus, we begin with faith in the divine creator. When we believe in the hands of creation, we can have faith in the hands made available to us today. Jairus was in Jesus’ presence and so he asked him to come and put his hands on his daughter. He believed in the power of those hands.

Not only are we invited to have faith in the creator, but we are welcomed into participation with the divine nature. When we spend time in fellowship with The Lord, we enjoy partaking of the very nature of the Triune God. It is then that our hands become God’s hands in this world. United to God we become the hands of Christ, responding to the plea to “put your hands on her.”

The reality of this story is that it leads into the healing of the woman who has bled for twelve years. Jesus ultimately touches the woman, and Jairus’ daughter. Both of these “daughters” would have been considered unclean, and yet, Jesus placed his hands, or allowed the woman to touch him. Faith in the divine creator requires participation in his mission. You and I are challenged to go and “put our hands on her.” We do this whether it seems to make sense or not.

Jesus didn’t ask questions, he simply got up and went with Jairus. Today may be the day that we need to get up and follow the voices crying for someone to come and put your hands on her.

Lord, may my faith increase and my participation in you be so much greater, all for your glory. Amen.