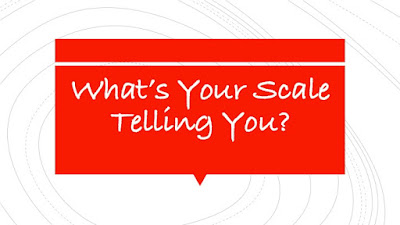 A false balance is an abomination to the Lord,
but an accurate weight is his delight.

The people who sold goods in the market had their own weights with them. They were used on the scales to balance the amount of an item being sold to someone. However, to make more money, sometimes those salespersons made sure that their weights were not quite the total weight. In this way they could sell less for a higher cost. They were cheating the consumer. God saw this as an abomination. They were to deal justly and fairly with the customers, and when doing so, God would see this and delight.

Isn’t it fascinating that God would delight in an accurate weight? I think it says a great deal about God and a sense of justice. We can just imagine that the salesmen in the market with two sets of weights, one for his friends, and another set for the customers whom he was choosing to rip off. Although, there may even have been times that he ripped off his friends too! The point being, that the salesman made a choice as to when to take advantage of someone, and this, always for his own gain.

Have we ever thought about the ways in which we put the weight onto the scale? We can create a weight of expectation and when someone doesn’t measure up to that weight, they are not given a chance. But what if that weight has impossible expectations, given the life of that individual? I believe there are times that we have intentionally placed weights of expectation on the scales just to make sure that certain people didn’t have opportunity. God sees this false balance as an abomination.

Little do we know that our own cultural bias may be a weight on the scale. Think about the ways in which we may judge someone who doesn’t speak our language (but they may speak six others!). Or what about the person who may not have our same level of education? What about an immigrant who doesn’t know when to laugh at our jokes and we make assumptions about their intelligence. The problem is the weight on the scale, not the individual.

An accurate weight, is a fair weight. We all want one! I have recently been convinced that my bathroom scale must not be correct :) You see, I want a very accurate weight (or at least I think I do) so that, if I’m losing weight, it will show me the truth. If we are going to love our neighbor, we use an accurate weight, providing open doors and opportunities based upon fairness and without bias. This is a delight to the Lord.

The accurate weight is a reminder that we must be intentionally fair when dealing with family, friends and strangers. It’s easy to judge people from what we see on the outside, and sometimes it’s hard to not use a false balance. We put a particular person on the scale as the balance and expect all others to measure up. As followers of Christ it is our responsibility to live out the justice of God by intentionally using accurate weights which extend grace and delight the Lord.

Lord, I realize that there are probably more times than not that I’m tempted to put a false balance on the scale. May a vision of you help me to keep the balance fair .  Amen.