It Seemed Insignificant at the Time 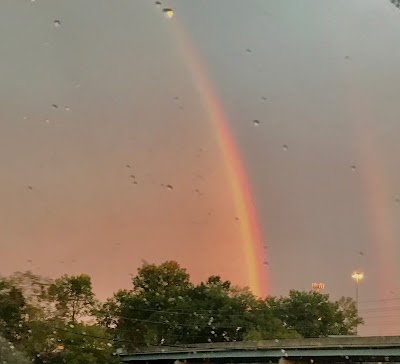 Esther 2:21-23
In those days, while Mordecai was sitting at the king’s gate, Bigthan and Teresh, two of the king’s eunuchs, who guarded the threshold, became angry and conspired to assassinate King Ahasuerus. But the matter came to the knowledge of Mordecai, and he told it to Queen Esther, and Esther told the king in the name of Mordecai. When the affair was investigated and found to be so, both the men were hanged on the gallows. It was recorded in the book of the annals in the presence of the king.

In the middle of the story about Queen Esther, the focus moves for a brief second to a scene from outside the walls of the palace. There we find her uncle who discovers a conspiracy against the king. Somehow this story seems out of place and insignificant to what we are reading. Mordecai tells what happened to Esther and the two men are hanged. We are reminded that it’s written in the king’s annals, as all issues like this commonly are.

We think the case is closed.

For those who know the story of Esther we realize that this same, insignificant story comes up again later. The king asks for the annals to be read and he realizes that he has not honored the individual who saved his life. He chooses to ask Haman how to honor a person who has done great service to the king. Haman assumes that he is the one to receive the honor and so suggest an elaborate response, only to discover it is the despised Mordecai, a Jew. The insignificant moment goes on to reveal the true character of Haman and puts into place a potentially disastrous situation for the Jews.

Mordecai was consistent in his actions. This was a man of great character and when he discovered evil, he had to report it. He wasn’t honored for this work, but that didn’t seem to deter him. Even events that may have played out to be insignificant were handled with care.

We are faced with moments of insignificance every day. It would be easy to write them off because, in the moment, they didn’t lead to anything. But God calls us to be faithful in all things and we have no idea how those moments may be used in the future.

As life goes on we discover that the “chance” encounters may be so much more. The opportunities to remain faithful under fire forge character that is revealed by leadership skills decades later. An incidence where we feel that we were wronged may actually play out into something much greater down the road. The secret in all of this is to understand that in God’s economy, maybe nothing is insignificant.

I’m wondering whether insignificance is only in our minds. When we participate with God every moment takes on significance. We begin to view life and our circumstances through God’s eyes. Later in life we may be able to look back and have an “aha” moment, realizing that God really was at work.

We need to commit to faithfulness in every circumstance of life. Our character should be forged in all that seems insignificant. Only in this long journey of patience is the curtain peeled back and we see that our lives, and everything that we do, is of significance to God, our creator.

Lord, may I be faithful in the quiet and seemingly insignificant moments of my daily life. Amen.