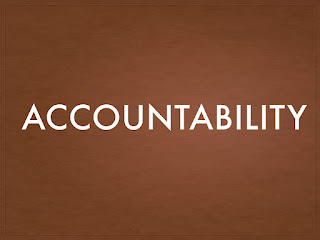 Jer. 36:11   When Micaiah son of Gemariah son of Shaphan heard all the words of the LORD from the scroll, 12 he went down to the king’s house, into the secretary’s chamber; and all the officials were sitting there: Elishama the secretary, Delaiah son of Shemaiah, Elnathan son of Achbor, Gemariah son of Shaphan, Zedekiah son of Hananiah, and all the officials. 13 And Micaiah told them all the words that he had heard, when Baruch read the scroll in the hearing of the people. 14 Then all the officials sent Jehudi son of Nethaniah son of Shelemiah son of Cushi to say to Baruch, “Bring the scroll that you read in the hearing of the people, and come.” So Baruch son of Neriah took the scroll in his hand and came to them. 15 And they said to him, “Sit down and read it to us.” So Baruch read it to them. 16 When they heard all the words, they turned to one another in alarm, and said to Baruch, “We certainly must report all these words to the king.” 17 Then they questioned Baruch, “Tell us now, how did you write all these words? Was it at his dictation?” 18 Baruch answered them, “He dictated all these words to me, and I wrote them with ink on the scroll.” 19 Then the officials said to Baruch, “Go and hide, you and Jeremiah, and let no one know where you are.”

23 As Jehudi read three or four columns, the king would cut them off with a penknife and throw them into the fire in the brazier, until the entire scroll was consumed in the fire that was in the brazier. 24 Yet neither the king, nor any of his servants who heard all these words, was alarmed, nor did they tear their garments. 25 Even when Elnathan and Delaiah and Gemariah urged the king not to burn the scroll, he would not listen to them. 26 And the king commanded Jerahmeel the king’s son and Seraiah son of Azriel and Shelemiah son of Abdeel to arrest the secretary Baruch and the prophet Jeremiah. But the LORD hid them.

Jeremiah had been banned from the Temple and was no longer allowed to come and speak God’s prophetic words. He dictated the words to Baruch, a man who scholars believe was not just Jeremiah’s personal scribe, but a scribe by profession. He is remembered by historians as a man who came from a distinguished family, and knew his native tongue extremely well. The result is that we find this extremely well documented account which leaves little space for anonymity, because the names are so thoroughly recorded.

Jeremiah sends Baruch to the Temple on a day of fasting. This day of fasting would only have been called because of significant events in and around their world. It’s believed that this event can be traced to the invasion of Babylonian forces. The country was facing its greatest fears and Jeremiah’s words should have had an impact.

Throughout all of history the names of the leaders are now recorded, and it means that all must be held to account for their actions. The men of the king’s cabinet were stunned by the words and were sure that the king would want to hear this dire warning. Why not, for this was Josiah’s son? When Josiah heard the words of the scroll he called the people to repentance and enacted numerous reforms. Maybe the same would be true again. However, there must have been a sense of foreboding among the leadership, for they told Baruch and Jeremiah to go and to hide.

The king had a second layer of people who surrounded him; his servants. More than likely they enjoyed the king’s favor and therefore were keen to give him the response that he wanted. Taking their cues from the king, they appeared to be unaffected by the words on the scroll. Taking a knife, the king cuts the scroll to pieces, watching it burn one section at a time. The officials, Elnathan, Gemariah and Delaiah are horrified and must have immediately understood that this was not going to end well. The king, for his part, may have been superstitious, thinking that if he burned the scroll he would be destroying the power of the words. Again, he distances himself from his father, bringing punishment and horrible consequences to his own life, and to that of his people.

There was a day when we could live in anonymity, but those days are long gone. I remember as a child learning that there would be a day of judgement where everything that you have done in your life can be reviewed. Artist depictions included screens which would have a moving reel of everything that I had ever done. it seemed ominous and foreboding, the idea that nothing can be hidden from God.

Now, we’ve moved into an era where not much can be hidden anymore. Our movements and behaviors are all tracked by dataphilic programs. Just recently I was talking with someone about mounting a particular photo on canvas. For the next week my facebook feed was filled with advertisements for companies that put photos on canvas! I hadn’t even searched for it, but somehow, I’m guessing that “innocent” Siri, or Alexa, heard that conversation and thought they would help me out. CCTV is everywhere and our comings and goings can be discovered, almost anywhere in the world. The idea of your entire life being played out before you is no longer simply in our imaginations, but has become a reality.

Whether “Big Brother” is watching all that we are doing or not, we should all be aware that we must be accountable for our actions, reactions, or lack of action. If we are provided with the prophetic words found in the Scripture, we must make a choice as to how to respond. Becoming indifferent, or simply putting the word of God to the side will not make it any less powerful. We are to be guided in our lives by God’s word because it will lead us to the revelation of the living Word, Jesus Christ. When we ignore the written word, we are ignoring the incarnate Word, and for this we will be held accountable.

Lord, may my life be an open book before you, accountable to you for my behaviors. Amen.