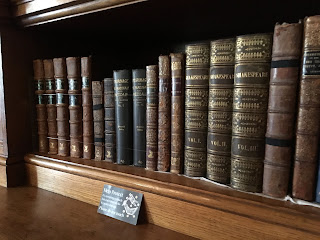 The Boy Jesus in the Temple
Now every year his parents went to Jerusalem for the festival of the Passover. And when he was twelve years old, they went up as usual for the festival. When the festival was ended and they started to return, the boy Jesus stayed behind in Jerusalem, but his parents did not know it. Assuming that he was in the group of travelers, they went a day’s journey. Then they started to look for him among their relatives and friends. When they did not find him, they returned to Jerusalem to search for him. After three days they found him in the temple, sitting among the teachers, listening to them and asking them questions. And all who heard him were amazed at his understanding and his answers. When his parents saw him they were astonished; and his mother said to him, “Child, why have you treated us like this? Look, your father and I have been searching for you in great anxiety.” He said to them, “Why were you searching for me? Did you not know that I must be in my Father’s house?” But they did not understand what he said to them. Then he went down with them and came to Nazareth, and was obedient to them. His mother treasured all these things in her heart.

This is the story in which we learn about Jesus and his childhood. It’s a glimpse into his humanity. He did very normal things with his family and friends. They traveled together, played and worshipped as a community. The abnormal thing that he did was to stay in Jerusalem when he knew it was time to leave. Assuming he was with other family members or friends, his parents began to head back home, only to discover at the end of the day that he was not with them.

One can only begin to imagine the anxiety of these parents as they returned to Jerusalem to look for Jesus. More than likely there were other children in the family by now and either they had to return as well, or were sent home with other family members. Not imagining that he would be in the temple, they probably searched everyplace you would imagine a twelve-year-old would hang out. He was nowhere to be found. Finally on the third day, which some commentators believe is meant to refer to his resurrection later in life, he is found.

Sitting in the temple with the teachers we come to know Jesus and the skill he would exercise, already at this young age. He was a child and humbled himself before the teachers. He was not an arrogant know-it-all, but in all humility was soaking in all that he could from these leaders. We are told that he listened and asked them questions. Then it says that people were amazed at how much this twelve-year-old understood and at his answers. Evidently, he did more than just ask questions, but in a manner in which he could learn well, he listened and learned to ask the right questions. In essence, he was teaching the teachers by the way in which he posed the questions. Hence, the comment about the ways in which he answered. He was able to continue the conversation because he answered their response with another question.

His mother is in prime “mom” mode and feels that this has been a direct attack upon her and Joseph as well as their parenting. By now they were probably not only anxious, but when they found him, a bit embarrassed. Who loses their child at the temple? Only bad parents!

Jesus’ response pulls them away from concern about themselves and shifts it to the work of the Father. This was a reminder to Mary and Joseph about who Jesus really was — and Mary kept all this in her heart, tucking away little pieces of information that would, some day, all make sense.

Jesus learned well that, even as a child, he needed to be obedient to his earthly parents. Jesus continued learning well, went home with his parents and practiced obedience.

It’s amazing to think that we can learn a life lesson from a twelve-year-old, but there is something in his behavior that points toward a life of discipleship. We are all invited to live in such a way that we learn well.

Getting to know the Lord more and more on a daily basis is a requirement for discipleship. Early church leaders actually believed that not growing closer to the LORD, meant that you were not in the type of relationship with God that you should be. We need to pray for a hunger to know God more.

Jesus knew how to learn well. This twelve-year-old encourages us to live with curiosity. We should not be afraid to ask questions of God, or of those who can teach us. We learn by asking questions and the more questions that we ask, the better we begin to understand. We are able to dig to new depths of knowledge by the very questions that we ask. This also requires us paying very close attention to those who are teaching. Jesus was able to use his question-asking to teach, and just as iron sharpens iron, so questioning and probing can help the teacher and student alike. Without this back and forth, there may be little growth on both sides.

With humility Jesus approached those who were to teach him. He may have known more than they did, or at least he had more intimate knowledge of the Father than they would have, but he didn’t allow this to get in the way of his education. Probably everyone that we meet in life has something to teach us. We should never think that we “know it all,” and nor should we place ourselves above others. It doesn’t matter the level of education one may or may not have, we can, and should still learn from one another. A posture of humility is necessary for one to have a spirit of learning, and thus, learning well.

Finally, Jesus was obedient to his earthly parents. Again, he humbled himself and showed that there is a place for submission. This is a valuable lesson for a follower of Jesus Christ, who lives in submission to those who are helping to shape their lives. This may be family members, or an employer, or even the church.

Learning well is vital in the development of the life of a disciple. Jesus provided a roadmap, and we are invited to follow the twelve-year-old into the temple and learn from him.

Lord, may I walk after you with a humble heart and spirit. Please, teach me. Amen.