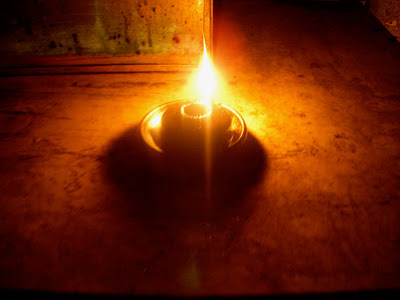 Phil. 1:15   Some proclaim Christ from envy and rivalry, but others from goodwill. 16 These proclaim Christ out of love, knowing that I have been put here for the defense of the gospel; 17 the others proclaim Christ out of selfish ambition, not sincerely but intending to increase my suffering in my imprisonment. 18 What does it matter? Just this, that Christ is proclaimed in every way, whether out of false motives or true; and in that I rejoice. Yes, and I will continue to rejoice,

After Paul was imprisoned there were those who chose to exacerbate his circumstances. Because they didn’t like Paul, they thought that they would preach the gospel to incite the anger of the Empire. By doing so, they hoped that Paul would be punished even more. While Paul recognized that some were sincere in their preaching, his honest recognition of the motivation of others is fascinating. However, he refused to allow this to get him down because the only thing that really mattered to Paul was that Christ was preached.

It’s Advent and this is a season where we should be compelled to proclaim the good news about Jesus Christ. Paul’s concern was not even with the motivation of those who proclaimed Christ, he was simply rejoicing in the fact that Christ was proclaimed. We can rejoice in the proclamation of Jesus Christ to a world that is in desperate need of a Savior.

Have you heard the news this week? If you’re in the US, there’s rather sad news that the life expectancy is declining. Two areas of note, both suicide and unintentional injuries (half of which were drug overdoses) are on the rise. (To read more on this, click here) We have more and more people dying in their 20’s and 30’s. At the same time, the church seems to be more and more reluctant about proclaiming Christ. Why? I think it’s because the church is afraid of the backlash. At least in the United States, the church has received a lot of negative press. The church has even been oppressed for trying to proclaim the good news of Christ. But this is all happening at a time when the world needs to hear about Christ more than ever!

Paul’s words are an encouragement. Instead of backing off when preaching creates even greater threats, keep it up! He even says it again — keep doing this and rejoice! If there is a feeling of resistance to the gospel, don’t retreat. Instead, realize that there will be resistance to the good news that will help to set people free. Rejoice! Proclaim Christ!

How many of our churches are lamenting the fact that they have few people in their 20’s and 30’s attending? Most of them! Church, followers of Christ, (and I’m speaking to myself today) we need to find ways in which we can reach out and minister to those people who are feeling hopeless! The world is suggesting answers and hope, and yet the true hope is found in the advent of the Messiah. Why not embrace the season and proclaim Christ.

Lord, I pray for an opportunity today to share you and your love with someone. Amen.

- February 02, 2014
Scripture: Ex. 33:4 ¶ When the people heard these harsh words, they mourned, and no one put on ornaments. Ex. 33:5 For the LORD had said to Moses, “Say to the Israelites, ‘You are a stiff-necked people; if for a single moment I should go up among you, I would consume you. So now take off your ornaments, and I will decide what to do to you.’” Ex. 33:6 Therefore the Israelites stripped themselves of their ornaments, from Mount Horeb onward. Observation: The people had sinned before God by making and worshiping the golden calf!  They had taken their golden jewelry — the earrings and other items they had gotten from the Egyptians and used them to create an idol.  Now, in an act of humility and repentance they were to take off all of their jewelry and ornaments.  It was a time of mourning over their sin and it included intentional action on the part of the Israelites.  Application: We don’t do all that well with humility and repentance!  It seems that we live in a time when we try to carry
Read more

- December 01, 2013
Scripture: Rom. 6:22 But now that you have been freed from sin and enslaved to God, the advantage you get is sanctification. The end is eternal life. Rom. 6:23 For the wages of sin is death, but the free gift of God is eternal life in Christ Jesus our Lord. Observation: Two sides of life are presented here in great contrast.  One is a life of sin and enslavement to evil.  The other side of life is freedom which provides the advantage of sanctification (or holiness as some translate the word) that leads to eternal life.  The options here are a life of sin, slavery and death; or freedom, holiness and eternal life.  The advantage of holiness or sanctification is the benefit of the life of freedom.  Jesus died so that we might be made holy like him and this is something that is offered as a “fruit” or “advantage” right now.  The end is eternal life — but the living of life is that it can be lived out in holiness.  The next verse is really just an affirmation of the verse 22.  Sin will lead
Read more

A Radical Change in Marriage 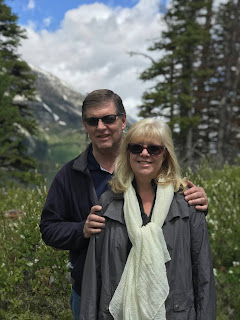 Grateful for 37 years with this guy.  Scripture: 1Pet. 3:7   Husbands, in the same way, show consideration for your wives in your life together, paying honor to the woman as the weaker sex, since they too are also heirs of the gracious gift of life—so that nothing may hinder your prayers. Observation: Peter’s words to husband help us to understand that there was an expectation of a radical change in marriage for those who became believers. It was very risky for a woman to become a Christian, but it was different for a man. Once he made the decision to follow Christ, the entire household would follow his leadership and change their practices. With this came a new way of treating wives which was entirely counter-cultural to Roman society. In the Roman world the wife was treated as property and it was her responsibility to bear and raise children for financial security and for a future. A man was free to satisfy his sexual desires anywhere that he wanted outside of marriage.   Peter sugg
Read more