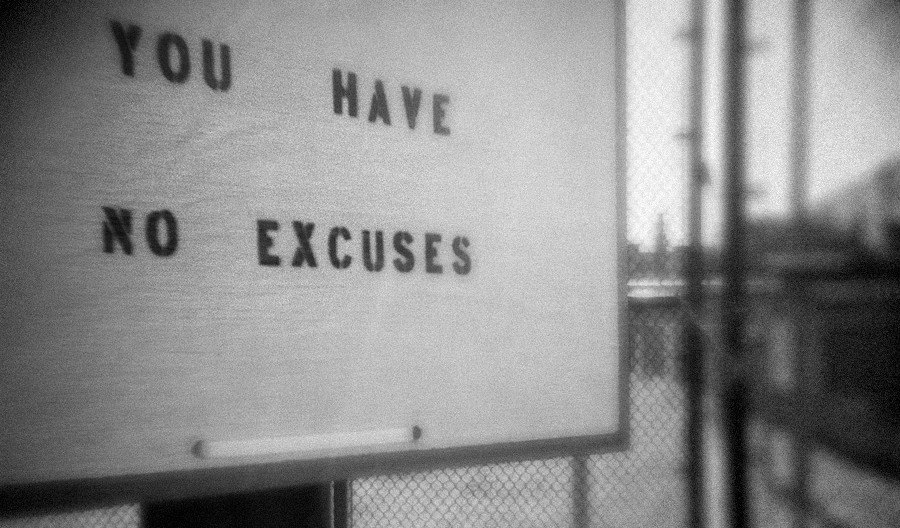 Aaron’s ridiculous excuse for the creation of the golden calf is one of the worst of all time. First of all he blamed all the people for wanting something to worship, and then he claimed that the calf somehow magically appeared out of the fire. Certainly he did not have anything to do with the actual shaping or creation of the image! There were some later Rabbis who tried to explain that somehow Satan entered the gold and created the calf. The truth revealed by all of this was Aaron’s own spiritual decline, both to himself and his people. His lame excuses revealed his poor leadership and the ability of the people to push him into actions when he should have been sure of his own theology and morality.

There are a number of lame excuses that we find throughout the Bible. We can start with Adam’s excuse for eating the fruit in the garden — it was HER fault! Then there’s Eve’s excuse — it was the SERPENT’s fault! Making lame excuses seems to be a sign of sin the life of God’s people. Aaron walked right into the trap that was laid by the enemy. The resultant lame excuse only revealed the depth of his sin.

That ought to be a real reminder that when we are tempted to lean on a lame excuse, we are actually revealing the state of our spiritual lives. Sadly, it’s easy to become absorbed in situations where one can embrace the lame excuse.

Did you know that you can look up lame excuses on the internet and you’ll get plenty of options? You can even find a site that will give you medical excuses to get out of work.

I think we’ve turned lame excuses into an art form. No one wants to take responsibility anymore and poof — magically, this calf just came out of the fire!

Lame excuses keep us from active solutions. Becoming grounded theologically and morally in God will help us to accept responsibility and move from lame leadership into discipled and visionary leaders in the kingdom.

Lord, help me to avoid the temptation of lame excuses. Even when it’s painful, may I take responsibility for my actions. Amen.