Trouble Within and Without 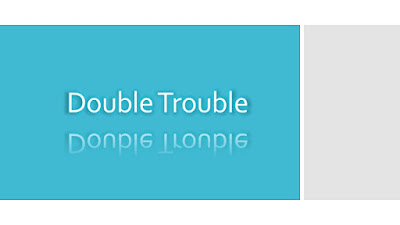 Acts 6:1   Now during those days, when the disciples were increasing in number, the Hellenists complained against the Hebrews because their widows were being neglected in the daily distribution of food. 2 And the twelve called together the whole community of the disciples and said, “It is not right that we should neglect the word of God in order to wait on tables. 3 Therefore, friends, select from among yourselves seven men of good standing, full of the Spirit and of wisdom, whom we may appoint to this task, 4 while we, for our part, will devote ourselves to prayer and to serving the word.” 5 What they said pleased the whole community, and they chose Stephen, a man full of faith and the Holy Spirit, together with Philip, Prochorus, Nicanor, Timon, Parmenas, and Nicolaus, a proselyte of Antioch. 6 They had these men stand before the apostles, who prayed and laid their hands on them.

Acts 6:7   The word of God continued to spread; the number of the disciples increased greatly in Jerusalem, and a great many of the priests became obedient to the faith.

The church began to grow rapidly after the day of Pentecost. Together they served God and their community, but already there were troubles. Those watching the development of this church were concerned. This included both government and religious officials. They did not like the fact that so many people were embracing Jesus as their Lord.

Suddenly, there were internal struggles. It wasn’t enough that they were seen as enemies of the state and the Jewish faith, but now, they began to quarrel among themselves. The Jewish and the Greek widows were not being treated equally and this was a cause for concern. This issue was already creating cracks in the unity of the Christ followers. Something had to be done.

The Apostles took leadership in the situation and determined that they had to make some changes. It was time to add some infrastructure to the work and the Apostles had been gifted to pray and to preach, not organize the daily food distribution. While they could have tried to resolve this themselves and pick out their friends to help, they chose not to. They also didn’t go back to the idea of casting lots like they did with Mathias. Evidently they had learned something about leadership along the way. Now, they allowed the people to decide and the names of those chosen give us a clue, for they recommended those who would have represented much of the Greek contingency. They were skilled, but they also had the interests of those on the margins in mind and were inclusive. This pleased the whole community of faith.

The Apostles laid their hands on and prayed for these individuals, setting them aside for this unique ministry. They were empowered to do this specific work so that the Apostles could continue to pray and serve the word.

By responding to the pressures from within, and those from without, the church became a faithful witness to Jesus. As a result the number of disciples across the city continued to grow rapidly, and this included Jewish priests. The crisis created a response that reflected Christ.

If we are hoping to escape difficulties in life, or even in ministry, we are fooling ourselves. When we are actively engaged in the ministry of Jesus Christ, there will be challenges. This challenge had to do with the types of people to whom they were ministering. The controversy was not about the specific people, but the way in which the new church was responding. They were favoring the Jewish widows over the Greek widows. This had to be addressed and when we expand the ways in which we are ministering in this world, we will also be faced with a question of equality. The Jewish widows were more connected to the core of the Jewish faith — maybe they were the long-standing church folks with the best connections. Whenever we are tied to the people of the past we will experience tension when faced with the new. The beauty of this story is that the people recognized their problem and were willing to do what needed to be done to make sure that all were treated equally.

In the American church we are faced with an influx of immigrants, bringing with them new cultural traditions and languages. Many of our communities are rapidly developing a new face and slowly that is becoming true for the church as well. Just like the church of Jerusalem, when we begin to reach out and minister to new people, there will be challenges from within. These are not to be feared, for if we face them head on, and realize that we must treat one another equally, then the church will grow and flourish. It’s when we refuse to come to grips with reality that we may find ourselves stuck in the quagmire of life. The church, and our own spiritual lives, will fail to flourish because we haven’t faced the new challenges.

When we discover situations that make us uncomfortable, we need to make a plan to confront the challenges. Praise the Lord for discomfort in our own lives, and in the life of the church! It means that we have the opportunity to grow. Examine the situation and pray for a solution. Be willing to listen to the advice of others on the subject — don’t think that you have to have the answers! Be willing to share power with those who may not have the same opinion as you.

After resolving the trouble within, you will have a weapon for the trouble from without. Unity within the body of Christ will stir up the enemy from without, because the unified church is powerful. The church in Jerusalem began to grow rapidly, but it was at this time that Stephen became a martyr. The pressure mounted, but God was able to take the trouble from within and without, and use it to help transform the world. It was Saul who looked on at Stephen’s death, the troublemaker from without, who eventually became a part of the group within.

Today we may be discouraged by the struggles, but we can follow God’s plan and face them head-on. There will be trouble from the inside and the outside, but God can use it all for his good.

Lord, when the trouble comes, help me to call on you. Amen.